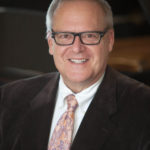 Clifford Wilkins (Co-Owner of the Rochester Conservatory) has been teaching piano at the Conservatory since 1989.  He has been teaching piano professionally since 1977.  Mr. Wilkins has a BA in Music, Piano Major, from Oakland University and Post-Baccalaureate studies with Misha Kotler, pianist with the Detroit Symphony Orchestra and Eugene Bossart, head of the accompaniment department at University of Michigan and Professor Emeritus of Chamber Music at University of Michigan.  Mr. Wilkins began his music career at the age of 10 as a Church Organist at Sacred Heart Church in Roseville, MI.  He has continued as a Church Organist and is currently Director of Music at St. Irenaeus Parish in Rochester Hills, a position he has held since 1982.  Mr. Wilkins taught Music Theory at University of Michigan-Flint and served as the staff accompanist there.  He has also pursued an active career as a chamber music musician, performing all over the Metropolitan Detroit area, including Orchestra Hall, the Detroit Institute of Arts, the Detroit Public Library, Brunch with Bach, Evenings with Mozart, plus hundreds of other concerts.  Mr. Wilkins has performed with the Detroit Festival Choir at Carnegie Hall in New York.  Twice Mr. Wilkins has taken his choir on a performance tour to Italy, conducting the choir and performing on the organ at St. Peter’s Basilica in Rome, St. John Lateran in Rome, the Sorrento Cathedral, and the Basilica of St. Francis in Assisi.  Mr. Wilkins has always enjoyed teaching piano and is a Master Teacher.  He sees the potential of each of his students and encourages them to reach higher than they thought possible. 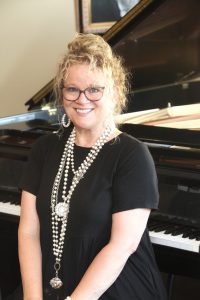 Kay Ellen Wilkins (Co-Owner of the Rochester Conservatory) has been teaching piano at the Conservatory since 1988.  She has been teaching piano professionally since 1984.  Mrs. Wilkins has a BA in Music, Piano Major, from Oakland University.  Mrs. Wilkins is also a certified early-childhood Musikgarten instructor and has been repeatedly recognized for the exemplary Musikgarten program at the Conservatory, one of only 50 programs to receive this National Honor.  She has also worked as a Church Organist and Pianist and Children’s Choir Director, including 12 years at St. Irenaeus Parish in Rochester Hills, MI.  Mrs. Wilkins has performed with numerous local Symphony Orchestras, including the Rochester Symphony Orchestra, the Pontiac-Oakland Symphony and the Warren Symphony Orchestra.  Mrs. Wilkins has performed with the Detroit Festival Choir at Carnegie Hall in New York City and St. Patrick’s Cathedral.  Twice Mrs. Wilkins has gone on a choir performance tour to Italy, helping conduct the choir at St. Peter’s Basilica in Rome, St. John Lateran in Rome, the Sorrento Cathedral, and the Basilica of St. Francis in Assisi.  Mrs. Wilkins is also in charge of the Michigan Music Festival, which involves over 100 private music teachers and 1000’s of students each year.  In addition to managing the day-to-day activity at the Rochester Conservatory, Mrs. Wilkins really enjoys her roll as piano instructor.  She is happy to be in the studio with her students, and you know she is in the building because of her bubbly personality and infectious laugh! 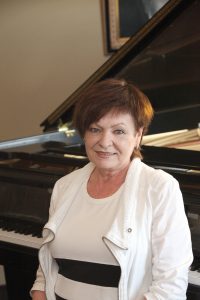 Mila Elkin has been a piano teacher at the Rochester Conservatory since July, 2003.  She has a BA from Russian University and over 30 years teaching experience.  Mrs. Elkin is comfortable teaching young children through adults.  When in Russia, she managed the piano department of a Russian music school, specializing in elementary-aged children.  She has also been a trainer of piano teachers.  Mrs. Elkin moved with her family to the United States in 1995.  She is an energetic and upbeat teacher! 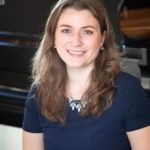 Rachel Kish has been a piano and vocal teacher at the Rochester Conservatory since June, 2013.  She has a BM in Choral/Music Ed from Oakland University.  She has been teaching professionally since 2009.  Mrs. Kish also has an active career as a church musician and choir director.  Her absolute, number one passion in life is teaching music.  She has terrific organizational skills which she uses to form each lesson around a student’s strengths and areas that need improvement.  Her lessons are always student-centered.  She is a kind and gentle instructor. 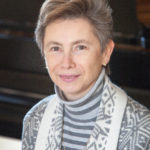 Lyudmila Lebedintseva has been a piano teacher at the Rochester Conservatory since September, 2001.  She has a BA from Russian University in piano and music theory.  Before moving to the United States in 1995, she taught for 18 years in Music College in Russia, where she was also the accompanist for the Vocal Department.  Mrs. Lebedintseva also taught piano at the Southfield Center for the Arts from 1998-2003.  Mrs. Lebedintseva has a tremendous heart and cares about each of her students beyond their lessons, always asking about their current activities.  She believes in educating her students thoroughly, helping them understand music theory and to have fun playing the piano.  She is comfortable with all ages and levels of students and enjoys teaching Classical, Jazz and Pop music. 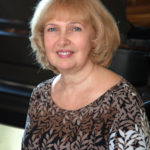 Tatyana Richmond has been a piano teacher at the Rochester Conservatory since February, 2002.  She has a BA and MM in Piano and Organ from Russian University.  She taught theory, harmony, and piano at Russian Music College for 22 years.  She was the Concert Master (accompanist) of the Ballet and Orchestra.  Mrs. Richmond was also a Pedagogical College teacher of music and a student advisor.  She was also Concert Master and Soloist for Opera House in Russia.  Mrs. Richmond is currently a Church Organist.  She has an amazing grasp of piano technique and can very quickly identify a student’s weakness and help them improve.  She prepares her students to extremely high levels of performance, and also helps them to understand musical styles, forms and ideas.  She enjoys Classical and Jazz music the best. 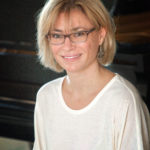 Ania Sorokhtei has been a piano teacher at the Rochester Conservatory since March, 2001. She has a MM in Piano Performance from Ukrainian State Conservatory. She has been teaching professionally since 1995. She has performed numerous times with the Livonia Symphony Orchestra, the Detroit Institute of Arts and Madonna University, and many, many local recitals. Ms. Sorokhtei has a warm and nurturing style of teaching and is very engaging and comfortable with students of all ages and abilities. She is a very dedicated and hard working piano instructor and much loved by her students. 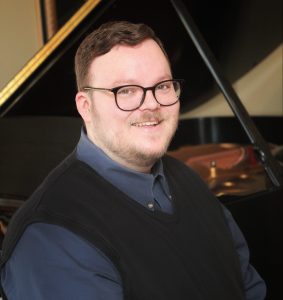 Jacob Wilkins began music lessons at age 1 (Musikgarten classes) and never stopped! He began classical piano training at age 5, tenor saxophone at age 10, and bass guitar at age 12. During high school, Mr. Wilkins worked at Rochester Conservatory as an apprentice teacher and theory class assistant. After graduating from the International Academy HS in Bloomfield Hills, he received the prestigious Medallion Scholarship from Western Michigan University (0nly 20 are awarded per year) which is a full tuition and expenses scholarship.  He studied classical piano at WMU and while there earned 4th place in the Chopin competition, the only undergraduate to place that year, as a freshman.  While at WMU Jacob was the sound engineer for Gold Company, the university’s renowned vocal jazz ensemble. Mr. Wilkins has a long list of sound engineering credits, including the American Choral Directors Association convention in Chicago, the International Choral Olympics, Choralies Festival in Vaison-la-Romaine, France, and numerous jazz artists including George Clinton, New York Voices, Janice Siegal from Manhattan Transfer, Victor Wooten and Sinbad.  He’s happy to be back on the east side of the state as of July 2018 and teaching piano again at the Rochester Conservatory!  In Mr. Wilkins you will find a thoughtful, intelligent, and patient teacher who is eager to help his students reach their full musical potential. 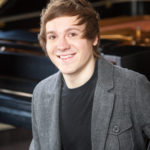 Benjamin Wilkins has grown up at the Conservatory. As the son of owners, Cliff and Kay Ellen Wilkins, Ben began his musical instruction in the Musikgarten classes at the age of one! He continued into private study, which included 11 years of Classical piano lessons, 5 years of clarinet lessons, and 7 years of guitar lessons. Mr. Wilkins also worked as an assistant theory class instructor and apprentice guitar teacher throughout high school. After high school, he pursued a Guitar Performance degree at Oakland University. He has also been a collaborating composer and lead guitar player for the band called Alive in Standby, a progressive rock group, which he co-founded. The band has been very successful, releasing 4 albums and going on numerous concert tours across the United States, including performing as a featured local band at Comerica Park for the Warped Tour. The four band members of Alive in Standby have announced, during the summer of 2016, that they have decided to go in a different musical direction under a brand new name: The True Blue. His new project is available on all streaming platforms where they continue to write, perform and release original music. Mr. Wilkins has been teaching piano and guitar professionally since 2007. He has a kind and friendly demeanor as a teacher, and knows just how to put his students at ease. He is comfortable with all ages and levels, Classical, Rock and Pop styles. 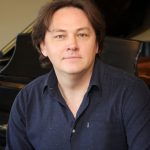 Igor Korokhov has been teaching piano since 1995 and joined the Rochester Conservatory faculty in August 2018. He received his degree as Concert Performer and Accompanist from Turkmenistan National Conservatory in Ashkhabad, Turkmenistan and has taught piano lessons to ages 6 – adult in Turkmenistan, Russia, and now America.  In addition to teaching, Mr. Korokhov is also a composer and arranger, composing in many different styles and genres for presentations, video games, animated movies, commercials, etc.  Mr. Korokhov is also an accomplished jazz pianist and accompanist for various ensembles, including the State Jazz Symphony Orchestra in Turkmenistan, various vocal ensembles and jazz bands in Detroit.  As a piano teacher, Mr. Korokhov is patient, enthusiastic, and friendly.  He is proficient in a wide range of musical styles, sight reading and improvisation. 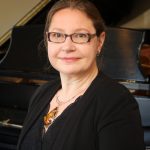 Camelia Rosvold is a classically trained musician who started teaching piano in 1997 and joined the Rochester Conservatory faculty in August 2017.  Mrs. Rosvold received a Bachelor of Theology and Arts from Al.I. Cuza University of Iassy, Romania. She also studied advanced piano classes at the Ciprian Porumbescu Art College in Suceava, Romania, and she was on the Dean’s List while pursuing her piano teacher certification at Schoolcraft College, Livonia, MI.  Mrs. Rosvold is comfortable with ages 5 – adult and is very familiar with many teaching methods.  She is passionate about teaching not just proper piano technique, but also teaching her students how to express their feelings and emotions through music.  Mrs. Rosvold enjoys engaging the student’s imagination by associating melodies with certain visual images.  She is a kind, gentle, and patient teacher and loves to celebrate her students’ successes. 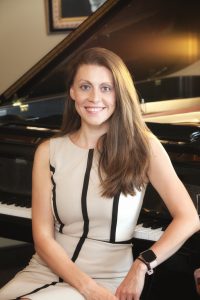 Macedonian pianist, Marina Stojanovska, has distinguished herself as a fearless and versatile pianist, having made her concerto debut with the Macedonian Philharmonic Orchestra at age 14. She was hailed by the Macedonian Music Society Post as “…one of the most expressive young pianists of Macedonia.” She has performed recitals in Macedonia, Bulgaria, Serbia, Croatia, Germany, Brazil and the U.S.

Marina Stojanovska began piano lessons at age three and was the youngest student to be enrolled in the Prilep Academy. Her progress soon accelerated by studying at the Music Academy in Skopje, where she was again the youngest student. She moved to the U.S. at age 16 to study at the Interlochen Music Academy. She later earned her Bachelor’s Degree in Piano Performance from the Lynn Conservatory of Music, where she was the first Macedonian pianist to receive a full scholarship. In addition, she served as a piano instructor at the Preparatory School of Music, teaching pre-college students. She participated in the New Music Festival, where she premiered new piano works by young composers. She earned her Master’s Degree in Piano Performance from Jacobs School of Music, Indiana University where she also earned a second degree, Performance Diploma, while serving as an Associate Piano Instructor. There, she studied with Luba-Edlina Dubinsky, member of the legendary Borodin Trio. Stojanovska holds a Doctorate Degree in Piano Performance from Michigan State University, where she studied with Panayis Lyras and served as a teaching assistant. Dr. Stojnovska is currently a Piano Accompanist at Oakland University.